2011 was a year of hard things. Josiah was born, which is a wildly good thing. But anyone who's ever given birth knows that it's also a hard thing. And the newborn days? They are hard for me. I am not one of those moms who weathers the tiny baby stage with grace. I survive it by the skin of my teeth. Sleep deprivation is just not a good thing for me.

And beyond that ... hard things. Hard things at work. Hard things in marriage. Hard things in our extended family. I hate that I'm being vague, but the details of these things are just not OK to slap on a blog. And still, I need to say at least that much to give a context for what I'm about to say. Because when I try to sum up 2012, I have to reach back to 2011 first.


This past year saw the working out of a lot of things that had begun in pain the year before. And to be honest, some of them are still painful. And sometimes I was exhausted. Confused. Frustrated. Disheartened. But always there was a sense of God being at work. Always. I literally can't think of a moment when I didn't feel that.

Moving into 2013, His work is still in progress. I look forward to seeing what comes from His hand in the next year.


All you need is a farm dog and a John Deere Gator!

The day after Christmas, we threw the kids in the truck at 7 a.m. and headed for the Denver airport. We arrived in Ohio on my mom's birthday and extended our Christmas celebration until New Year's day, when we flew back home. 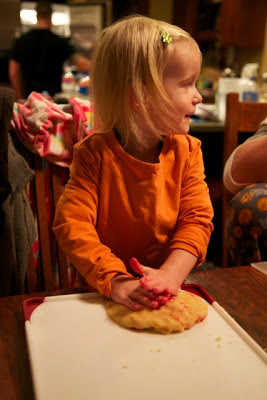 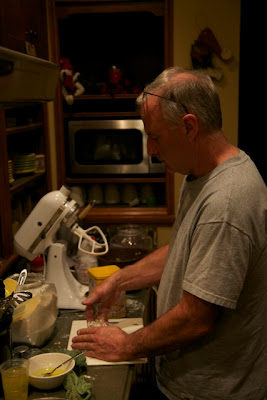 Whose Children are These?


Ever answer the phone and the person on the other end starts the conversation with, "I hate to be the bearer of bad news, but..."? Yeah, that always sucks.

On December 21, our good friend Ryan called to say that a young dad from our church, Dave, had died that morning as he was jogging to work. Four days before Christmas. He was 38. He left behind his wife, Holly, and three kids, Spencer, Leah and Maci. 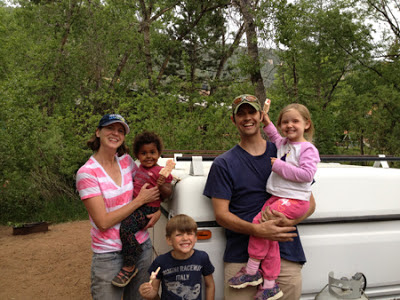 They they had just finished adopting Maci from Ethiopia last March. If you know anything about how Ethiopian adoptions have gone recently, you know that wasn't an easy process. But they had weathered it. Maci is theirs. Exactly one week before Dave died, I asked Holly how things were going. Had Maci adjusted to being here, to being part of their family? Yes, Holly said, things have finally settled down.

It's so tempting to ask God why? right now. (Remember all of the hubbub about the Mayan calendar and the world ending on December 21, 2012? I just keep thinking, "For Holly and her kids, the world really did end.") But God has given me another question instead: Whose children are these?

The same day Dave died, my parents attended a funeral for the mother of one of my high school classmates. I was sad about that, but I didn't cry when my mom told me. And she didn't cry when I told her about Dave. But we both shed tears for the situation closest to us. Josh and I both felt like Dave's death really consumed our lives that day, and sobered us for many days after.

So that made me think about how God "gives" us the griefs of those close to us. If, every time someone posted a tragic story on Facebook, I received and felt that grief the way I did with the news about Dave, I literally wouldn't be able to function. God doesn't allow us to carry every grief. But he asks us to carry the griefs of those he put next to us, and he especially asks us to care for widows and orphans. In other words, these are now our children ... the children of the body of Christ immediately surrounding this family.

I have been astounded at how our church family has responded. Two days after Dave died, about thirty guys around our age got together to talk about how to help cover all of the things that Dave did at home. Obviously, they can't be husband to Holly, and they can't be dad to Spencer, Leah and Maci, but they can do a lot to help keep the bottom from dropping out.

We're thinking about how our family fits into that...

Holly had started a blog to chronicle their adoption story, and now she's using it to pour out her heart about their grief. Follow their story.

We had the loveliest of Christmas mornings with just our family of four. Thinking of it makes me sigh happy sighs.

The morning started with Lorien completing her advent painting, and Josh reading the Christmas story from Luke. 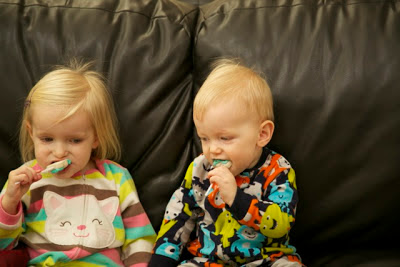 We didn't put too much under the tree, because we bought one big gift that we hope they'll actively use for several years, but it didn't fit under the tree. (Nor did Daddy want to carry it up from the basement where it was hiding. That box was HEAVY.)

So then, yes, we did build the trampoline in the living room. It was totally worth it. And Mimi and Papa came over to watch the hilarity and share leftovers for dinner. 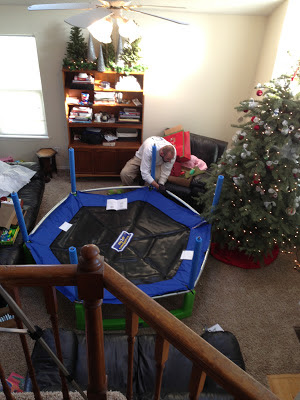 The little blondie cousins were looking super cute in their Christmas outfits, but picture perfect was not to be had this year. :) 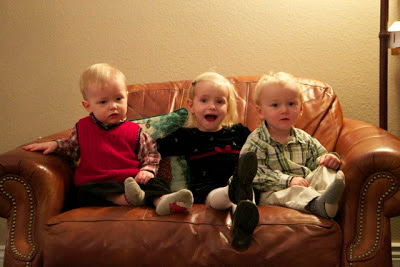 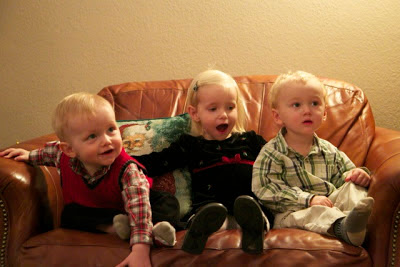 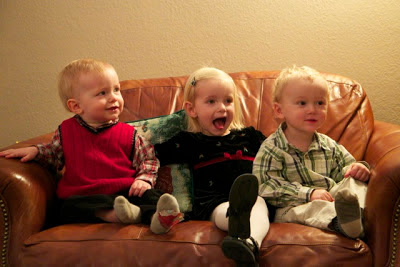 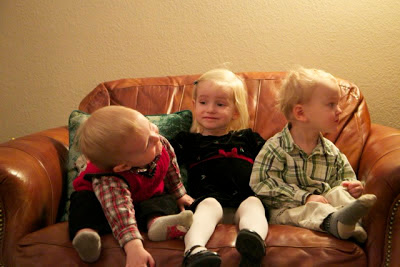 Seriously, though, we had a good visit with the Randalls who visited from Michigan the week before Christmas. I wasn't quite ready for vacation when they got here and put in some pretty late nights trying to get my work done so I could really take some time off. We had some lovely dinner times together with the whole Keffer family and I really enjoyed some heart-to-heart talks with Christy, who is a wonderful listener. And some shopping—just us girls, alone! By next Christmas, we will add a fourth cousin to this set, whom we assume will also be blond.


... happened on the same day as the Newtown shooting. But since I was pretty much ruined for the day after that happened, I didn't post anything else.

1) I got an iPhone. I resisted as long as possible, but recently have been thinking that a smart phone might really help me to keep my life organized, and heaven knows I could use all the help I can get right now. Plus, Josiah dunked my old dumb phone in the toilet a few weeks ago. Repeatedly dunked, that is. So that's what put me over the edge.

2) Josiah narrowly avoided getting his first set of stitches and got patched up with tissue adhesive instead. He was climbing on the kitchen chairs and fell and hit his eyebrow on the table. Now we have learned to keep the kitchen chairs pushed in to prevent him from climbing. Which will probably slow him down for about 10 days.

Perhaps I should have named this post "Destructo Boy."

For This We Need Jesus


My freshman year at Taylor, Jill Briscoe was the speaker for spiritual emphasis week. She's a graceful, silver-haired Brit who says British things like One Corinthians and ah-gape with the emphasis on the first syllable. I only remember two things she said that week, but one of them has sunk so deeply into my life that it's the first thing that comes out when tragedy and pain hit. Like they did today.

"For this we need Jesus.

But for this we have Jesus."


The truth didn't register when Jill first spoke it. But then she kept repeating it. To be honest, I thought it was a dumb thing to repeat. Isn't it obvious? Isn't it the most obvious thing in Christianity? I didn't feel the weight of it like she did. Looking back now, I think I know why.

As our kids get big enough to make memories, we've been thinking about the kinds of Christmas traditions we want to create. Decorating the tree is something we want to make into a memorable family time. 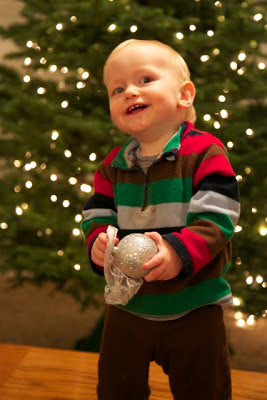 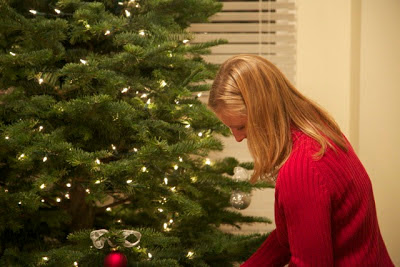