I have never thought of *that*


Lorien was eating an ice cream snack as I was unloading the dishwasher. 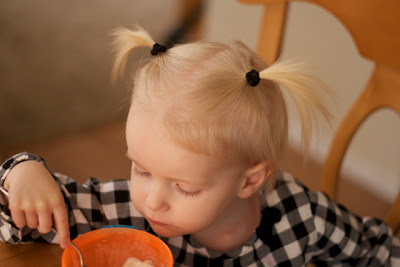 She wandered over and found her toothbrush, which I had just washed. A few minutes later, I looked over to find her brushing her teeth with ice cream. Gotta admit I have never had that idea before. 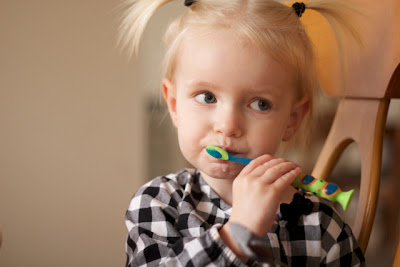 By the way, I am loving the pigtails. 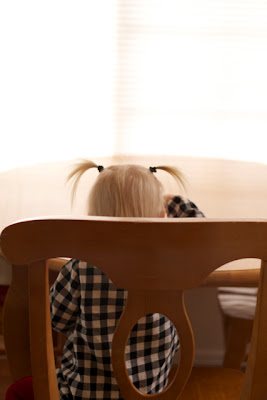 All four of us in the same photo! 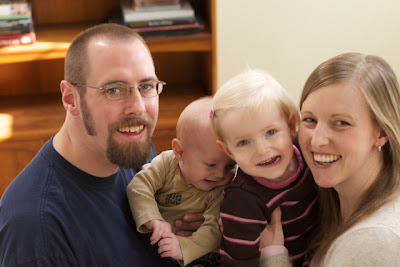 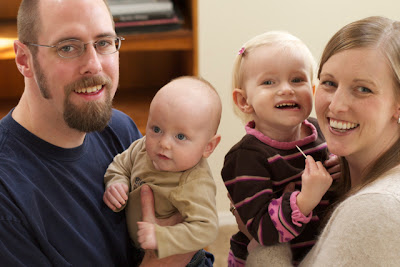 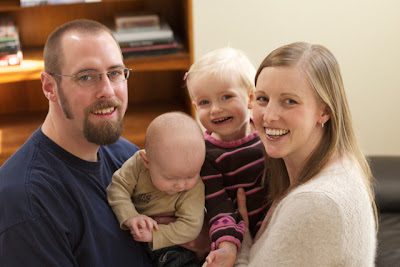 We didn't do a very good job of getting us all looking (or even all in the frame), but it's a start.

We've seen a lot of this lately

Lorien has always liked stuffed animals (she calls them "friends"). For a long time, she didn't really care which ones she played with. As long as she had one or two in her bed at nap time and bedtime, she was happy. But starting with the arrival of three new friends in December, she has started to play favorites.

So now, just about every morning when she gets out of bed, she wanders into the hallway with Larry and Bob and Violet (and her messy hair). 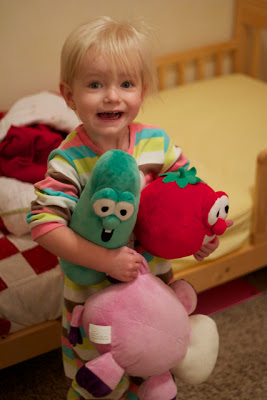 
You know those weeks when God weaves the same theme through your life for several days in a row? I've had a little of that going on lately. Not in a smack-me-in-the-forehead-repeatedly kind of way. But enough repetition and connection to make me take notice. Thought I'd write a little about it just to cement it in my mind.

It started with a Facebook conversation with the Spring 2011 class from FLI. (I love that my students have these kinds of conversations and want to think well.) One of the girls who is now a grad student in counseling posted this excerpt from one of her texts and asked what everyone thought it was saying about the existence of truth.

"While we hold that there is absolute truth, no one person possesses it absolutely. We can apprehend large portions of truth, but once we ponder what is true, we begin to distort the true essence of the truth. The worldview you possess is not truth, but it contains truth. Each person's aim needs to be having as much truth as possible in order to live as effectively as possible. The more conscious and intentional we are in the formation of a worldview the more likely it will support the stress of life." ("Therapeutic Expedition" by Thomas & Sosin)

I agreed with a few posts earlier in the conversation raising the concern that, in some ways, saying truth can't be apprehended is functionally the same as saying it doesn't exist. I don't think that's what the authors of the text are getting at, though. I think they're trying to say that, yes, truth exists; but, we ought to be awfully careful not to communicate as though we understand it perfectly.

Why? Because we all believe things that are untrue.

I don't want to believe things that are untrue, but I know that I do believe them, simply because God sometimes points one of them out to me through his word or through a friend or through cognitive dissonance. And he asks me to change my belief to bring it more in line with his nature, his character and his Word.

That's a concept I've been comfortable living with for a while, but this morning, God took it a step further. The texts for this morning's sermon were 1 Corinthians 4 and Matthew 7.

This, then, is how you ought to regard us: as servants of Christ and as those entrusted with the mysteries God has revealed. Now it is required that those who have been given a trust must prove faithful. I care very little if I am judged by you or by any human court; indeed, I do not even judge myself. My conscience is clear, but that does not make me innocent. It is the Lord who judges me. Therefore judge nothing before the appointed time; wait until the Lord comes. He will bring to light what is hidden in darkness and will expose the motives of the heart. At that time each will receive their praise from God. - 1 Corinthians 4:1-5


"Do not judge, or you too will be judged. For in the same way you judge others, you will be judged, and with the measure you use, it will be measured to you.

"Do not give dogs what is sacred; do not throw your pearls to pigs. If you do, they may trample them under their feet, and turn and tear you to pieces."- Matthew 7:1-6

It was a very good sermon about what it means to exercise good judgment without being judgmental—essentially remembering what is my responsibility and what is God's. The thing that kept my brain moving though, was 1 Cor. 4:4: "My conscience is clear, but that does not make me innocent. It is the Lord who judges me."

Something I've been ruminating on for a while is the role of the conscience in the life of the Christian. Why do I have a conscience? Can I trust my conscience? If not, what's it good for?

I am not someone who lives with a lot of guilt. Sometimes I am deeply convicted about wrong I've done or wrong attitudes I've had. But when that happens, I deal with it between me and God. Sometimes I have to deal with the same stupid wrong things over and over. But between times, I don't live with a cloud of guilt hanging over my head—I don't think God's conviction works like that. So I really get what Paul is saying when he write, "My conscience is clear."

What caught me today was the next line: "...but that does not make me innocent." In other words, in the same way in which I believe things that aren't true, I also sin in ways I am not yet aware of. And Paul seems to be saying that that's OK. His conscience really is clear. But at some point—"the appointed time"—God's going to point out those sins and then his conscience will not be clear. And he will have to deal with them. Repent of them. Stop doing them. Ask God to forgive him and change him.

So it is with me.

This is the most clear theological (as opposed to narrative) support I've found for the oft-repeated idea that God doesn't deal with all of our sins at once.

I think the proper responses to this line of thinking are 1) peace and freedom (i.e. it is really OK to rest in my clear conscience); and 2) humility (i.e. I leave my heart always open to God's surgically precise conviction. If he wants to reveal an area of sin in my life, I will not be shocked and offended when he points it out, but thankful for the cleansing blood of Christ that is the only source of forgiveness, change and healing.)

That's what I'm thinking about this afternoon. 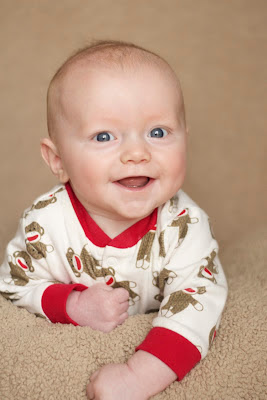 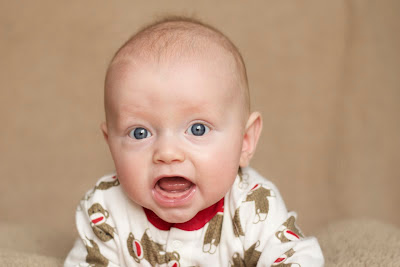 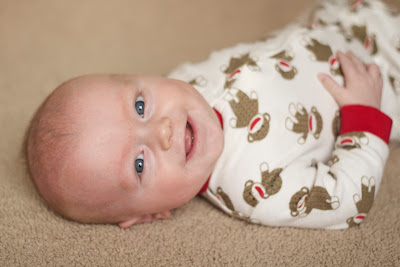 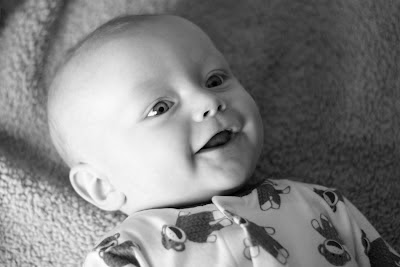 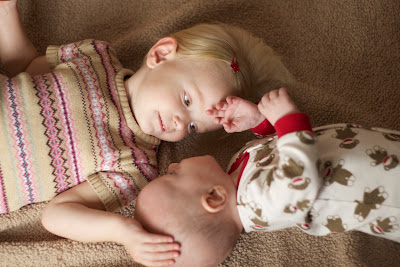 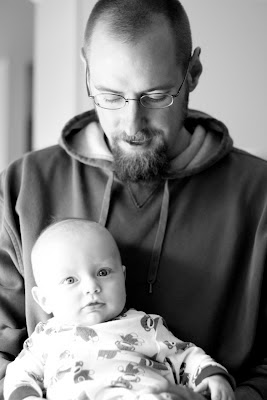 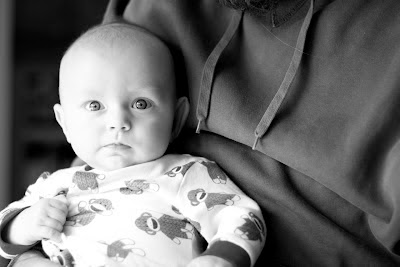