We're Not Having the Conversation We Think We're Having 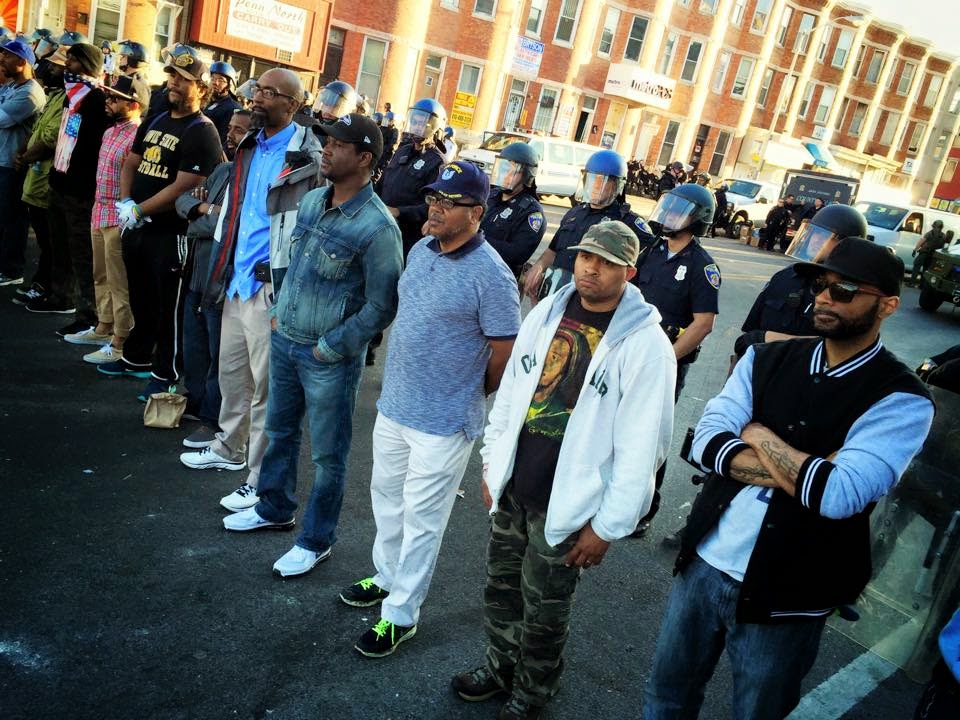 Baltimore Gives Us a New Chance to Get It Right

If you want to be a real, grown-up blogger, you have to have an opinion on every current event. Even if you don't have an opinion, you have to get one, and then you have to write a post about it. You have to give it a title that grabs people's attention and makes them click on the link. You get bonus points if you start your post by letting readers know that you're the only one on the whole wide Internet who understands what's really at stake in the issue.

It makes me tired just thinking about it.

And now, here we are again—watching, crying, wondering, and maybe fuming as Baltimore erupts in violence. This time, I need to get some of these thoughts out...


It was the hashtag that got me.

Back in November 2014, I was sick to death of reading the round-and-round-and-round-and-round arguments over the shooting death of Michael Brown. Was Brown a harmless, unarmed black teenager, shot by a white man because of his skin color? Or did officer Darren Wilson have just cause when he fired his gun?

But then I started noticing... The two sides of the argument seemed to be missing each other. It was like they weren't even having the same conversation. And you know what? They weren't.

Because while one side was making the case that Officer Wilson was just doing his job, the other side was answering a totally different question:

Was Michael Brown, a black man, a worthwhile human being?

Problem was, the pro-police side didn't realize that was the question. And any time they tried to make any argument that Michael Brown was guilty of wrongdoing, the pro-Brown side heard, "Black lives don't matter," "Black lives are worthless."

You cannot have a productive discussion about the minutia of the case—practical and important as some of that is—if you are answering THE BIG QUESTION wrong.

It doesn't take much to tease out the same pattern in the argument over the Indiana Religious Freedom  Restoration Act.

Business owners have a vested interest in answering the question, "Will I be protected from litigation if I choose to deny service to someone, based on my convictions?"

It's an important and practical question.

It's not the question the LGBT community is asking. That one, I suspect, is something closer to, "Do you see me as "less than" because I am gay, lesbian, bisexual or transgendered?"

Baltimore is asking it now.


I write this to those who claim Christ, because I know that's mostly who is reading this blog. Also because I see the Church, with every good intention, focusing on secondary questions before we have decisively answered the primary question.

Friends, this is a critical time to remember something that's at the very foundation of our faith: We are made in God's image. Every one of us.

Because of this, we take part in a deep goodness that flows from God's nature and character. We are creative. We can love and be loved. Every one of us.

We need to remember that not everyone has heard this part of the Good News. The Black community in America and the LGBT community worldwide have, in fact, often heard the opposite. They've heard a lie—not the truth—about their identity. And the Church has often told the lie the loudest:

You are excluded from the essential goodness of being made in God's image because you are less than human. You are property, not people.

God won't love you until you're straight. You are hated because of who you are.

Before you tell me I'm crazy, think...

If you were just listening to the soundbites, just reading the headlines, just observing the big arc of American history, isn't that the message you'd get?

These don't even represent Christian belief, but they're what we've been telling our black and gay neighbors. They've heard it so often that they either believe it, or they react violently in an attempt to keep the message from sticking to them.

I think it's likely that people don't hear anything else we say, unless they first hear the truth about their identity: who they are and why they matter.

Be Conversation Starters, Not Enders...


Who cares if the opinion you post on Facebook or Twitter is true, if that opinion also sidetracks or ends the really important conversation about the people on the other side of the argument.

The truth that our identity is rooted in our Creator's identity is not the end of the conversation about who we are and what our souls need. There is so much more ground to cover, and we need to do it in relationship.

For now, might we agree that this needs to be the beginning of the conversation? Can we try to hear the identity and worth questions being asked and answer them with tenderness and truth?

As always, discussion and challenges welcome. But please be kind and give a reason for what you post. Challenge yourself to write something that those who disagree with you can at least respect. Also, be sure to log in before you type your comment or it will get lost.
at 9:59 AM