Back in January, we were surprised and glad to hear that Josh's Grandma Keffer would be making a visit to Colorado at age 93. When, two days into the trip, she ended up in the hospital with congestive heart failure, I wondered if that might be the beginning of the end. (Not to be crass—I just know that's what often happens with illness in old age.)

As it turns out, that was what happened. Grandma never regained the ground that she lost in January and she continued to battle compounding illness. She passed away late on Tuesday, June 11, 2013. She was the last of Josh's and my eight grandparents, and her death is a different kind of sad because it closes a chapter and a generation for our family.

Here's her obituary, which remembers many details of her life. 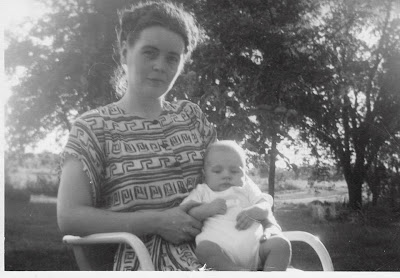 We were able to make it to Greenville, Illinois, for her funeral on Monday, June 17, and it was one of the most fitting and personal memorials I have attended in many years. That was mostly because she was a long-time member of Greenville Free Methodist Church, and her own pastor did the homily, centering his message around Grandma's example of growing old in a way that kept her outward-looking and others-focused, rather than having her life grow smaller and smaller and focusing on herself.

As for our memories of Grandma, Josh said it best: "She was a good one." He remembers holidays at her big house in Greenville, with a puzzle always in progress on the card table. She was simple and humble and hardworking and giving. From the time I met her, I felt a kinship with her because she was a farm girl too.

She delighted in time with her family. We knew that if we stopped for a visit on a cross-country drive, she'd be talking about it for a month afterward. We're so glad that both Lorien and Josiah were able to spend several visits with their great grandma. 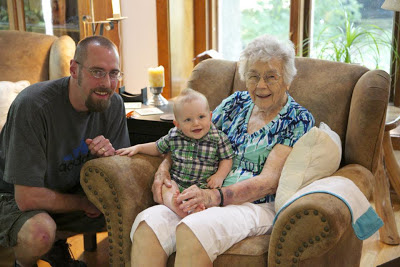 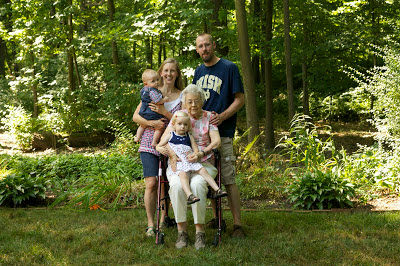 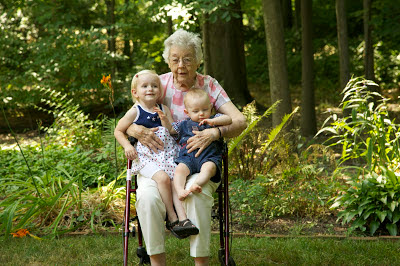