The End of An Era

When I was in junior high school and my bedtime was 9:00 or 9:30 or something like that, I used to listen to Dr. Dobson and Focus on the Family on the radio while I was going to sleep at night. (I know. I was a nerd. I still am. Or maybe I'm a geek now. At any rate...) I told my mom once that Dr. Dobson's voice put me to sleep. She thought that was funny and suggested I write him a letter and tell him that. I never did.
Who would have thought that nearly 20 years later, I'd be working at Focus on the Family and that my husband would be working on Dr. Dobson's personal security detail? It's primarily because of Josh's job that I had a front row seat for the big events as Dr. Dobson completed his transition out of leadership at Focus last week.
Here are a few shots of the events honoring him and Shirley: 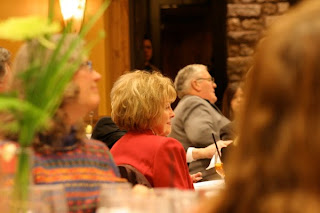 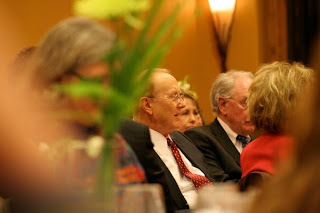 At the Thursday night banquet in their honor 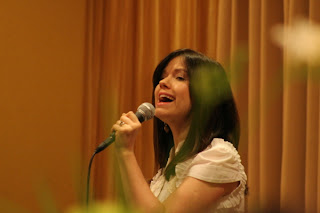 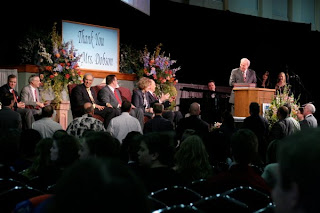 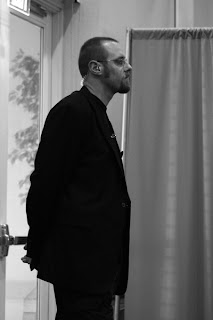 Josh getting paid to be intimidating. 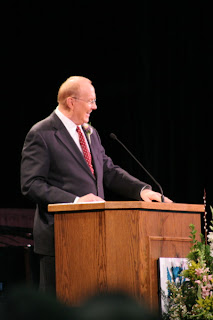 Last time in Chapel as FOF's big man
Here's the link to the broadcast of Friday's Chapel service. Well, part of it. It was three hours long.
Dr. Dobson plans to begin a new radio broadcast with his son Ryan. Not gonna lie: it has been a little odd for everyone involved as the old organization figures out how to relate to the new organization. But I like the way board member Paul Nelson expressed it: "If you truly feel that this is what God is calling you to, then we send you off with our blessing." We will see what God brings. Regardless, I have a ton of respect for Dr. Dobson and the resources he has offered to families over the years. And I am very enthusiastic about what's ahead for Focus under the leadership of Jim Daly.
at 9:19 PM